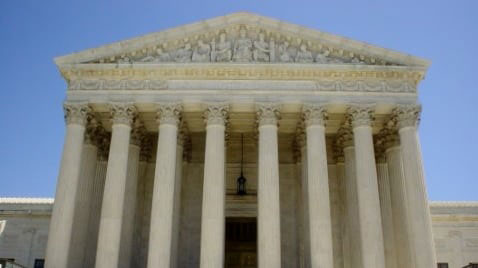 Earlier this week, the U.S. Supreme Court unanimously held that a plaintiff need not be a direct competitor in order to have standing to bring a false advertising claim under the Lanham Act. The Court relied upon a statutory interpretation to reach its decision. It provided two main reasons for its decision: so long as the plaintiff’s injuries are within the “zone of interests” of the statute and are “proximately caused” by the defendant’s advertising, standing is proper. With this decision, the Court resolved a split between the Circuits and upheld the Sixth Circuit’s reversal of the District Court’s decision that the defendant lacked standing to bring the claim. The case is Lexmark International, Inc. v. Static Control Components, Inc., No. 12-873 (Mar. 25, 2014).

Background of the Case

Static Control alleged two types of false and/or misleading conduct by Lexmark as part of its counterclaims: (1) Lexmark “purposefully misled consumers” into believing they must use the Lexmark cartridge and only the Lexmark cartridge; and (2) it alleged that Lexmark “sent letters to most of the companies in the toner cartridge remanufacturing business” incorrectly informing them that it was illegal for them to sell refurbished cartridges, and particularly, it was illegal to use Static Control’s products to refurbish the Lexmark toner cartridges. Static Control argued in its counterclaim that Lexmark’s unfair advertising activities had substantially injured its business reputation by directing consumers and the trade into falsely believing that Static Control was engaged in illegal conduct. As a result, Static Control sought treble damages and attorneys’ fees.

In rejecting the direct competitor test previously held by the Seventh, Ninth, and Tenth Circuits (as well as the balancing test applied in the other Circuits), the Court opined that any rule categorically prohibiting suits by non-competitors would read too much into the Lanham Act’s reference to unfair competition, creating a bright line rule at the expense of distorting the statutory language. What does this mean for your business? Consumers who might be duped into purchasing a product in which they later become disappointed would not be within the zone of interests of the Lanham Act. Similarly, a business misled by a supplier into purchasing an inferior product would not be within the zones of interests of the Lanham Act. In both of these examples, there would be no standing to sue for false advertising under the Lanham Act. And we know that for proximate cause to exist, the economic or reputational injury claimed must flow directly from the defendant’s advertising. If the harm is too remote, the claim will fail, and there will be no standing. Therefore, companies who suffer further down the chain, may not be able to meet the proximate cause prong of this test.

Finally, we have some clear guidance from the Court on an important issue. If you have questions or comments about this important decision, please feel free to Contact us.